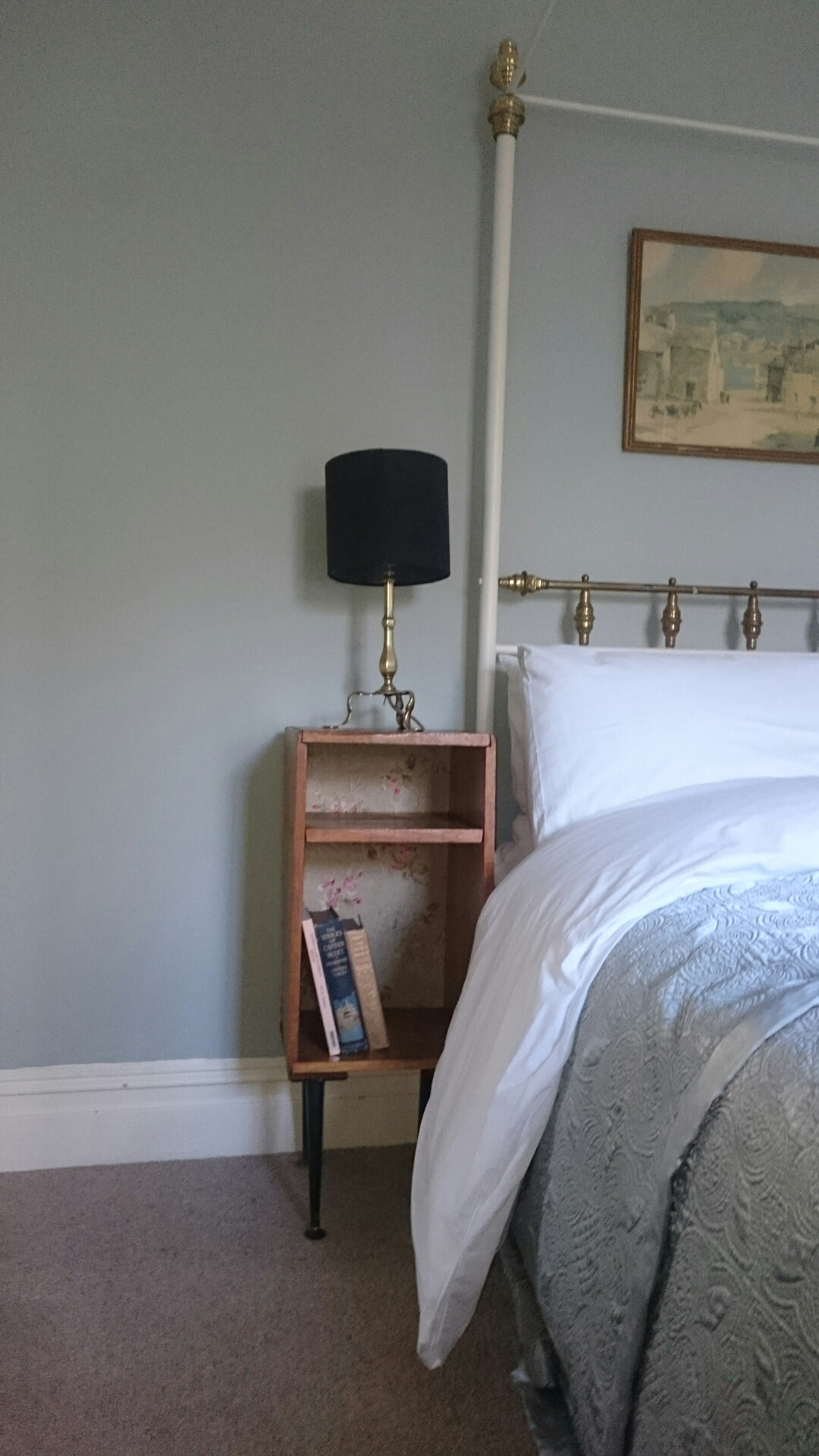 A bit of up-cycling. Maybe a bit matchy,  but used the spare curtain fabric on the back of the bedside table.  Prreeettttyyy.

So maybe not that exciting… but a definite theme was emerging in the lovely comments left on Canopy and Stars, so even though it’s off grid and, arguably, supposed to be a bit rustic, we thought it was time to upgrade!

We now have a gas shower, which you turn on, and hey presto! Hot water.  So very modern!

The only slight problem is that when it gets a few degrees below zero, we’ll have to swap it back to the old one as the pipes freeze up… but as we are closed from 1st December – 12th February, hopefully we won’t have to do that very often.